We've partnered with American Collegiate Live to offer pre-orientation programs that will keep you on track before you arrive on campus. Learn more >>>> 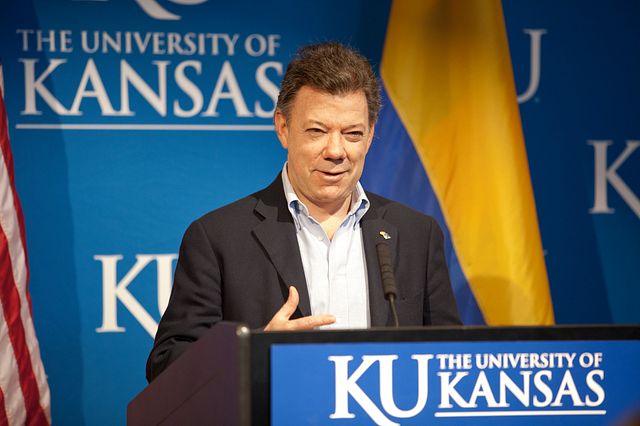 On Friday it was announced that KU Alumnus Colombian President Juan Manuel
Santos was awarded the 2016 Nobel Peace Prize for his efforts in ending the more than 50 year civil war in Colombia. Our team at the AAP and the rest of the KU community are proud for his recognition.

“President Santos never ceases to amaze me,” states Sandra Vega Carrero, KUAAP Student Services Advisor, KU graduate and Colombian citizen. “Despite his differing political views from many Colombians, I must recognize his intelligence, capacity of conflict resolution, ability to use his power to improve our nation, and his capability to pursue not only his dream but the Colombian dream. We have experienced more than 52 years of war. I was born in the middle of the conflict, and still I have never been able to know what a day of peace in Colombia is like. So yes: Am I proud of the most important Colombian Jayhawk? Yes, because he is giving our country glimmering hope. He came to KU as an undergraduate student, and now look at him. He is a Nobel Peace Prize winner.”

KU has a long standing mission of preparing students in leadership for the challenges they will encounter in a complex and diverse global community, and our alumni have proved their readiness time and time again.

President Santos graduated with degrees in business and economics between 1969 to 1973. In 2012, the KU College of Liberal Arts and Sciences presented him with its Alumni Distinguished Achievement Award.